Blaze and the Monster Machines Party 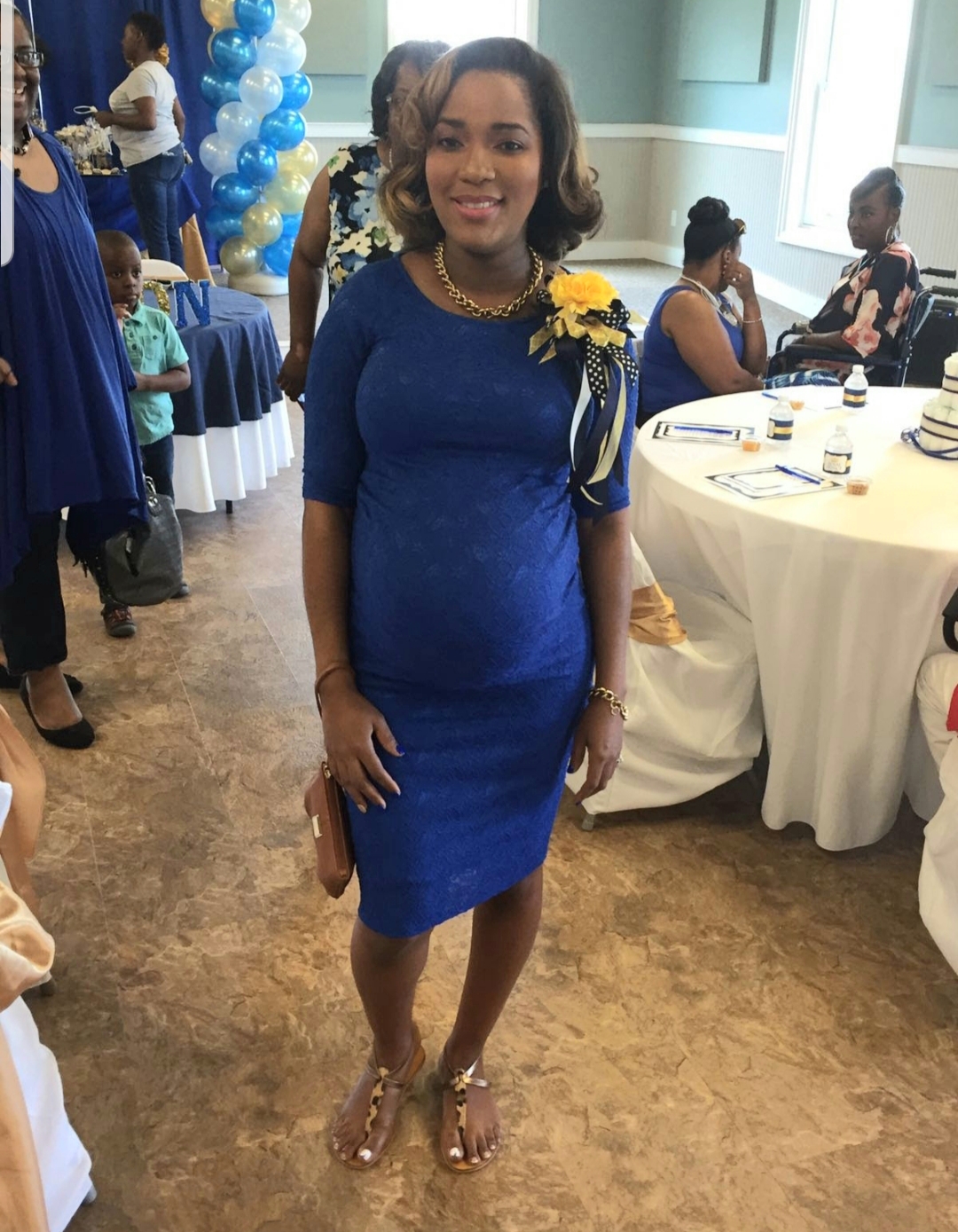 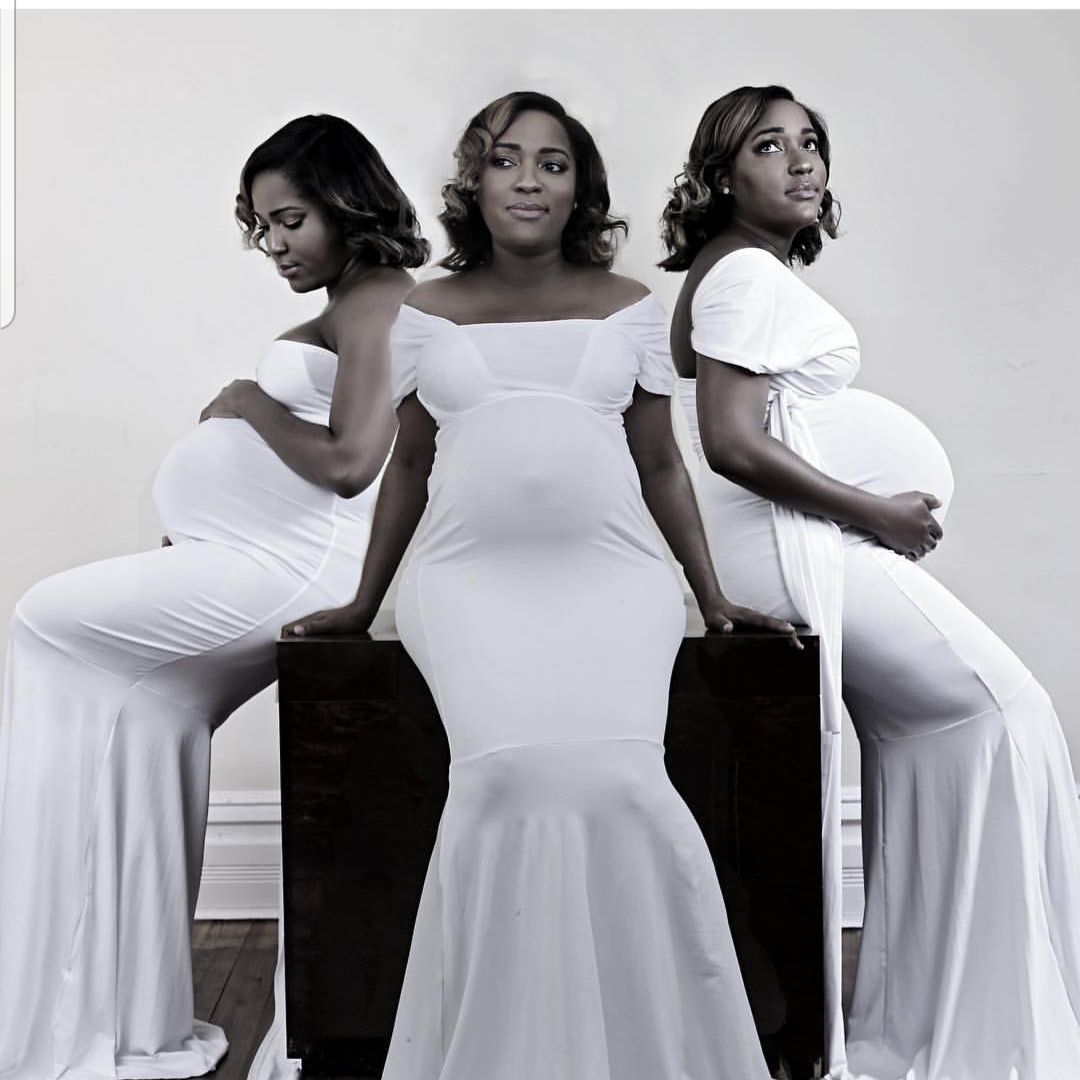 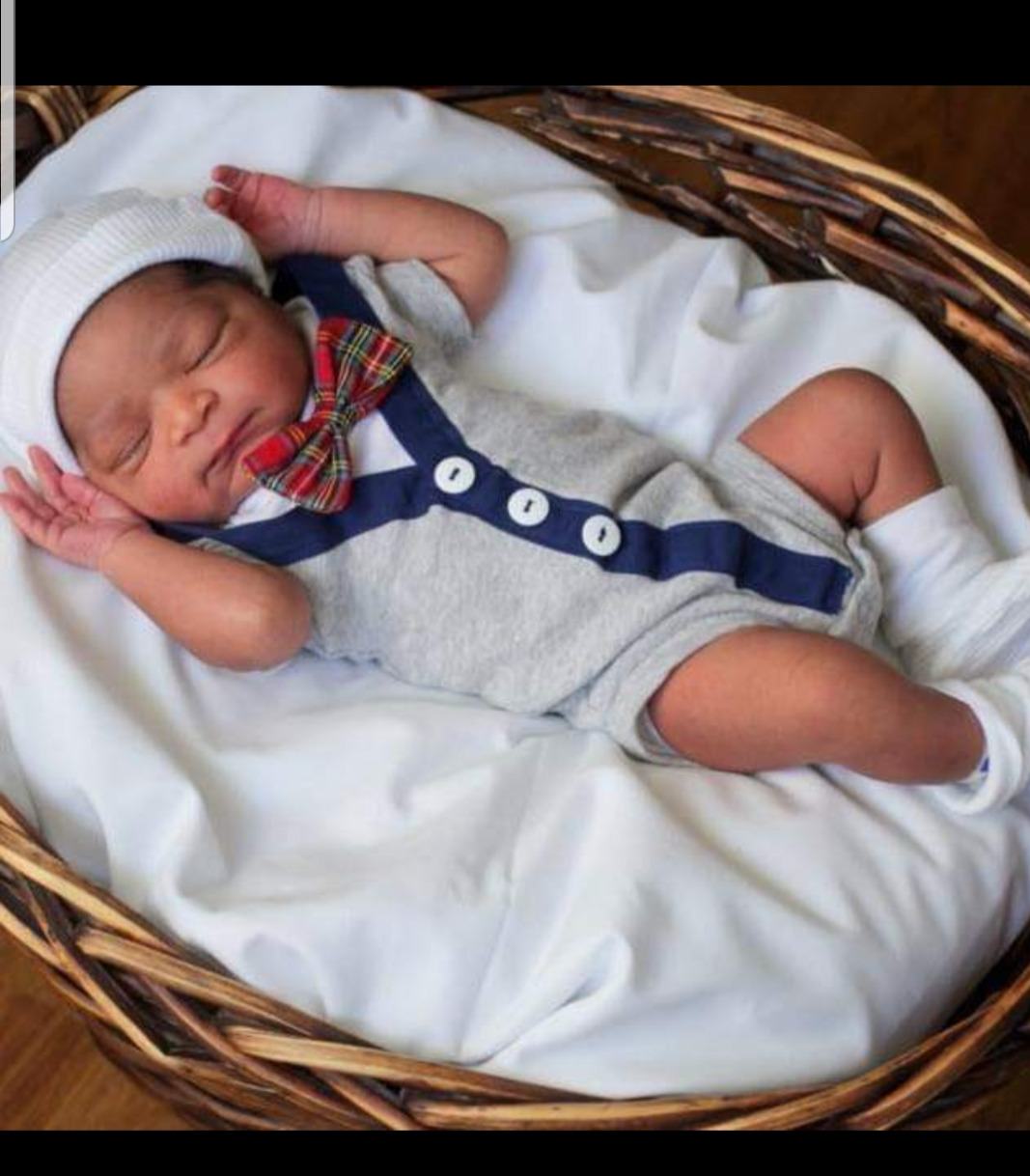 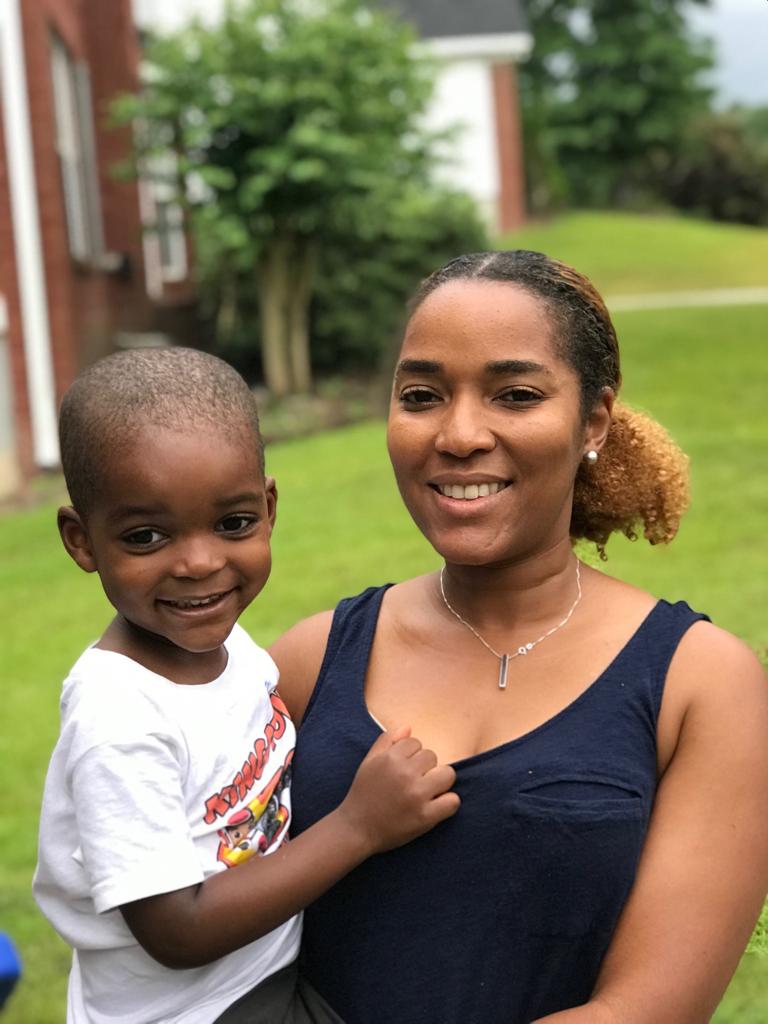 This year, instead of choosing for him, I asked my son what kind of party he wanted and without hesitation he said, "Blaze and the Monster Machines." Not convinced he wouldn't change his mind, I didn't immediately star looking into Blaze birthday ideas. He loves Blaze, but I wanted to be sure, so I asked him the same question over and over.

Now, something you don’t know as yet, but you’ve probably stared to notice is that I'm a bit of a perfectionist and it causes me to go a tad bit overboard with planning and executing things, but this year I wanted to try hard not to do that (well actually my husband wanted me not to, lol).

I started my Blaze birthday ideas research and planning with research on Pinterest, Google and Etsy. It was much easier to locate Blaze and the Monster Machines birthday ideas than it had been with last year’s Puppy Dog Pals theme. There was even a party planning website, from Nickelodeon, with free Blaze and the Monster Machines templates, decorations and games.

This post may contain affiliate links. If you click and buy, I may receive a small commission (at no cost to you). Please see my full disclosure policy for details.

The venue decision to find a place to bring his Blaze birthday ideas to life, this year, was very different than the past two years. I knew I wasn’t going to use the outdoor park, close to our house, again, since I’d done it for the past two years, but I didn’t know what other options I wanted to try for his Blaze and the Monster Machines party. Here are the places that I eventually researched and considered:

3. Movie Theater (I didn’t even know this was an option until I checked their website and saw the birthday party package).

5. Museum of Arts and Sciences (a local museum that offers a birthday party package).

Honestly, I loved all the options and will probably use them all at some point. However, I thought some may not be the best fit just yet. For example, when I considered the movie theater, option #3, I was concerned about 2, 3 and 4 year olds’ ability to sit for long periods. I knew my son would sit and watch a movie, but I didn’t know how his friends would handle it and I also wasn’t sure how I’d tie a movie into the Blaze and the Monster Machines theme.

Hindsight again, Kingston’s Blaze birthday ideas could've been tied to the concept of Blazing into the Movie Theater, but that’s neither here nor there now, because I decided against the movie theater. I think the movie theater may be better for children who are at least 5 or 6.

Next, I thought about setting up the Blaze birthday ideas I'd come up with at a bowling alley or arcade style public space, like Monkey Joes, Pin Strikes or Chuck E. Cheese. I loved the indoor option, especially since we live in Georgia and the heat had settled in already, but didn’t want parents to have to spend money once we got there for tokens etc, so I scratched option #2 off the list too.

After that, I thought about planning a group birthday trip to the Wild Animal Safari. I knew Kingston and his party guests would love the animals and the experience, but, with option #4, I worried about how long it would take to drive there and back. Also, this year I started Kingston’s party planning later than normal, so I was concerned about the late notice in organizing the trip. A little heavy hearted, I removed the safari as a party venue option for his Blaze and the Monster Machines party.

Next, I considered one of our local museums, the Museum of Arts and Sciences, as the place where I could pull together the Blaze birthday ideas. They offer a birthday party package and have three party formats to choose from: Live Animal Show, Planetarium Show and Muddy Hands or Studio Clay.

When I read about the Live Animal show, I got excited because it was a more feasible way of involving animals in his Blaze and the Monster Machines party again, but then I had a major wrinkle in my party planning. I got the terrible news that the weather on my son’s birthday was not looking good. Actually, projections showed an 85% chance of thunderstorms. Now, I worried about paying for that venue, having bad weather, people being unable to come due to the weather and losing that money.

With all venues considered, I decided to plan to execute my Blaze birthday ideas for his third party at our house. Initially, I tried to be optimistic about the weather and still plan outdoor Blaze birthday activities, but with each passing day, showing no change in weather projections, I became convinced that it needed to be indoors.

2. Decide on Guests, Decor and More

I found an invitation I liked on Etsy and had it personalized for Kingston. While researching, I found that Nickelodeon Parents by Nickelodeon actually has many Blaze birthday ideas including free Blaze and the Monster Machines decorations, games and templates to help with your Blaze and the Monster Machines DIY party. I actually used two of their suggested activities, which I will discuss more later. 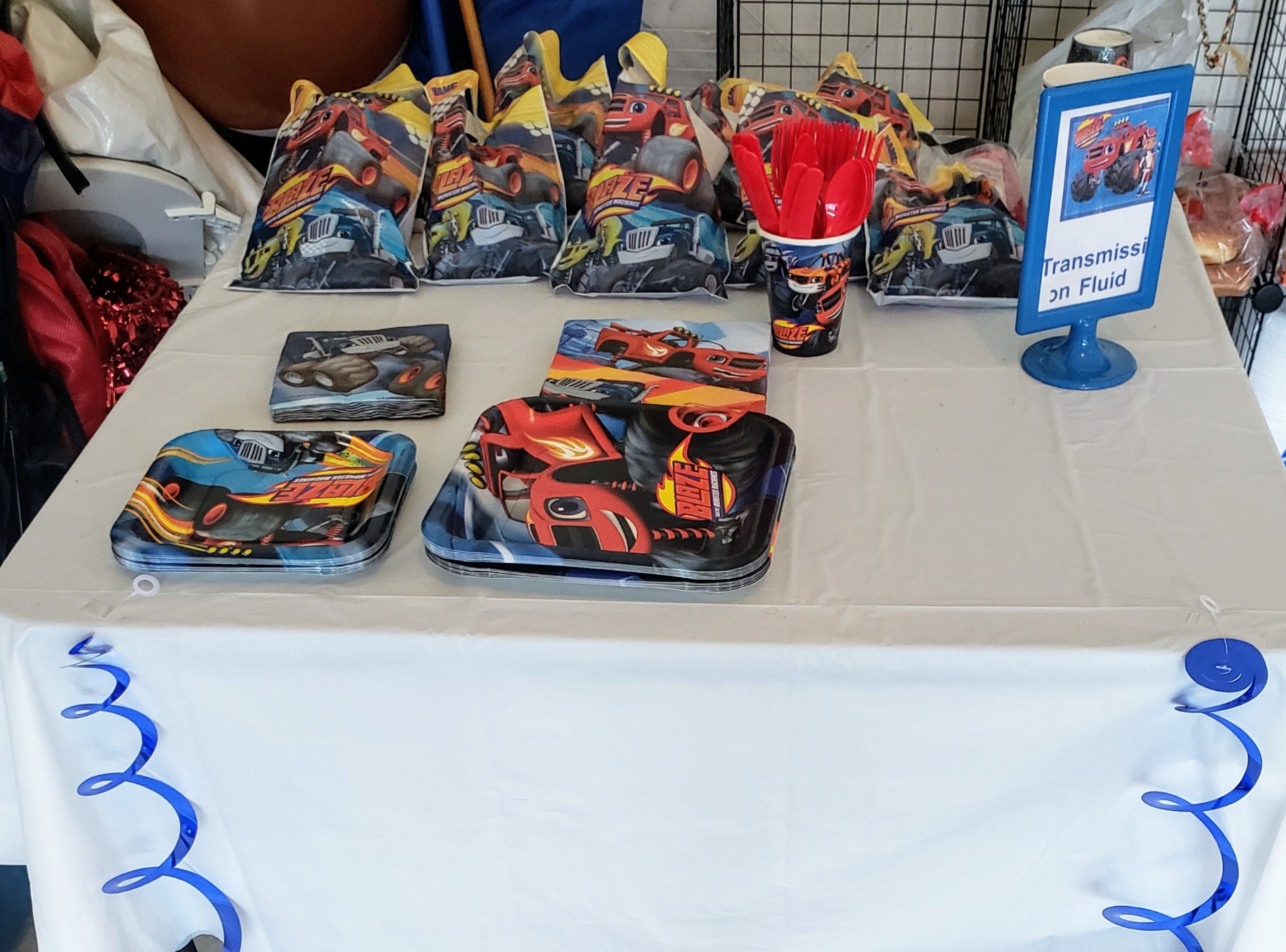 I mentioned earlier that the weather for my son’s Blaze and the Monster Machines birthday was supposed to be awful, so I planned indoor activities. I didn’t want to confine 2,3 and 4 year olds to a house, so I set my sights on our garage. Now since Blaze is all about action and creativity in problem solving, I wanted to try to show that in the activities I selected. I found two I liked on Nickelodeon Parents, as I mentioned before, a Blaze and AJ coloring pack and a Blaze and the Monster Machine birthday game called Pin the Wheel on Blaze.

Neither took up a lot of space, but were fun ways to get excited guests ready for a Blazing good party. Then, I tried to find at least 2 more activities that would keep our Blaze and the Monster Machines party guests’ attention and that would be fun as well. After doing additional research on Blaze birthday ideas, I settled on car racing and wheel painting. The former takes some prep, but the latter just requires some supplies.

This Blaze and the Monster Machines activity is a major deal in my world because I am not crafty. I have friends for that and I keep them close, but this year both of my crafty pals were occupied, so I had to suck it up and figure it out on my own.

For the Blaze and the Monster Machines car racing, I decided to make some race tracks. I collected the following supplies: 2 corn hole boards, cardboard, a pool noodle, black plastic tablecloth (any type of black paper or cover will do), glue gun and tape.

1. First, I cut a piece of cardboard to cover the hole in the corn hole board. I placed it underneath the board and taped it in place.

2. Next, I draped the corn hole board with the black plastic tablecloth, cut it to size and then taped it in place to cover the board.

3. After that, I cut the pool noodle in half and then cut it again to the length of the corn hole board.

4. Then, I used a hot glue gun to glue the halved noodle in the middle of the“track” to create two lanes. Now, repeat steps 1-4 for the other corn hole board.

5. After that, you just need miscellaneous cars for the children to race.

If you don't have corn hole boards, or just want a different option, I thought about using this Racetrack Floor Runner with 7 Inch Plastic Cones from Amazon. If you do get these, let me know how they turn out.

I think this Blaze birthday idea was the biggest hit at the Blaze and the Monster Machines party, and it was probably the easiest to prepare for. The materials you’ll need are miscellaneous cars and trucks, paint, individual canvas for each child, foil containers and sharpies ( I bought everything except for the glue gun, paint and Sharpies at the Dollar Tree).

To set up the activity:

1. Put one color of paint into each foil container with a car.

2. Give each child a canvas and explain how they’re going to paint (by dipping the wheel in the paint and then using the wheel to apply the paint to the canvas).

3. Allow the children to mix and match colors and cars until they’re satisfied with their picture.

4. Give each child a Sharpie to sign their masterpiece.

Blaze and the Monster Machines Shirt: All Dressed Up

Blaze and the Monster Machines Party Food Ideas: If you feed them…

Keeping to my more laid back approach with Kingston’s Blaze and the Monster Machines birthday party this year, we chose to serve hot dogs and hamburgers, chips, fruit, and miscellaneous juices, soda, water and other beverages. The real star of this show, as always, was the show stopping Blaze and the Monster Machines birthday cake made by my sister in law. She did not disappoint!

In fact, this Blaze and the Monster Machines birthday cake was the best she has made yet, and that’s saying a mouthful, since the cakes for his first and second birthdays were so good. When I talked to her about the cake, I just asked for something based on Blaze, with the number 3, a road and Kingston’s name. She came up with the fabulous cake you see pictured below. Again, Amazon helped me out with the Blaze and the Monster Machines cake toppers.

I’m still not ok with my baby being three, but it gave me a huge sense of fulfillment to see his face as we moved from Blaze and the Monster Machine station to station. It also made me very happy to see the smiles on the other children’s faces. Next year, I will probably try to do an outing of some sort, but we’ll see, because Kingston might have other plans. I have to admit I’m curious to see what new adventure my little one will decide to take us on.

Oh, before I forget, I must add that my husband decided to add some excitement in the form of a grand finale for the Blaze and the Monster Machines party this year and did a small firework display. The children, except for one, seemed to enjoy it. I’m pretty sure our neighbors weren’t amused, but I think they’ll understand that Kingston only gets to Blaze to Three once in his life.

Kingston has finally nodded off to sleep and this tired momma is fast behind him. Let me know if any of these ideas work for you or if you have any questions. While you’re here, check out my other post on Toddler Birthday Planning and dinosaur birthday parties for your children. Also, check out my other posts to help moms on feeding a toddler , the best toddler gift ideas, books on love and Valentine's Day and mom inspiration . Feel free to requests topics or ideas you'd like for me to cover. Until next time, Blaze on!

The Awesome Thing You Will be Crazy About: Owl Post Books Subscription

5 Ways How to Have the Best Dinofour Birthday